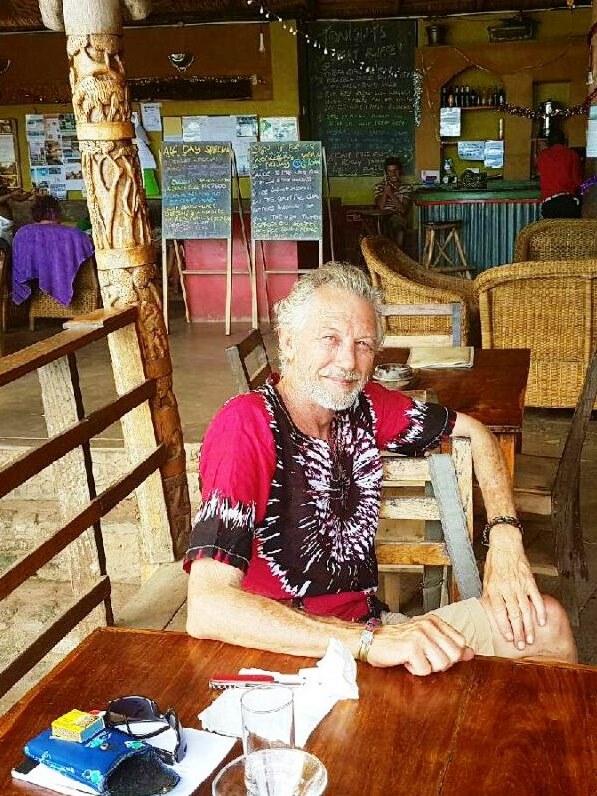 I’m a published author and playwright, a short-story competition winner and 2nd Dan in Kimura Shukokai karate. In the recent past, I was the National Administrator for the Performing Arts Network of South Africa. In the distant past, a software developer, systems analyst and IT consultant.

Born and schooled in Zimbabwe my early life was spent in a series of small train stations and sidings, with a new school every couple of years. Holidays were spent wandering around the veld, climbing trees or cycling to the nearest farm that had other children. A reluctant conscript in the war to defend Ian Smith’s government, I tried to avoid the draft but got caught before I got to the border.
Between doing military service and starting my career in information technology, I hitchhiked around southern Africa, working for a few months at a time in diverse jobs, such as a geophysical field assistant in the Namib desert, or as a carpet fitter in East London.

Writing and books have been a consistent part of my life since I can remember, and I have a significant pile of rejection slips to show for my early efforts. While a couple of my early poems were published, and a few articles found homes, my writing career really took off when I began, in 2004, to write with intent, as opposed to just writing.

With a life-long passion for music, theatre and dance, when I’m not in my study writing stories or assessing course assignments, you’ll probably find me at a live gig. Not surprisingly, some of my writing has been music and theatre articles or music reviews.